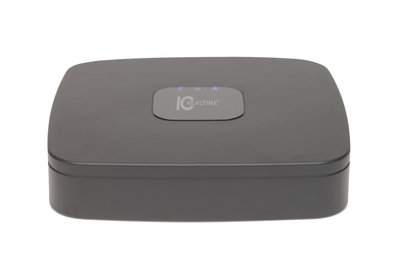 
Select an option above

Cameras connected via the BNCs can record at 4MP-N / 1080P resolution and the system supports resolutions up to 6MP for IP Cameras that are connected.

The WAVE-6s2-104 now also has Smart H.265E (Enhanced) Compression with offers HDD and bandwidth savings of up to 90%!

It comes in a compact desktop case with 1 internal SATA port. The WAVE-6s2-104 incorporates an intelligent fan design which monitors CPU temperature and turns the fan on and off accordingly